Emerging from North Pole, It'll never be a
'Run out of the mill'

I am not bothered 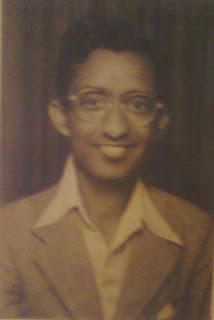 I have been criticized when I commercialized my website www.theworldofcolours.com recently. They said there is no point to have a business without benefit. What is there, I told myself, if it does not benefit me but is of help for many to derive certain benefit. I just went on to run it, by dedicating it to the computer literates across the globe.
I wear a suit without tie and shoes, to keep my father's memory alive. Remarks follow similar to the line 'my attire does not match even the trends prevalent decades ago'. Let it be, let a memory of the difficult past strengthen me to cope up with the tough present time. My father's image on LHS is the one captured before he married my mother. He lived for eight years after marriage. I was six year old, my sister Jayashree was two-and-half years old, and my brother Sreenath was two months old, when he expired. Alamelamma, my mother, brought us up in life.

So are Mulligores, who are never bothered

Mulligore Production stand apart from every other Music & Films CD store. Tom, Dick and Harry walk-in and walk-out of stores everywhere, finishing their business within moments. There can't even be a faint hope of the same customer again visiting those shops (run without passion, just to earn some money). That's where you make out Mulligores are not like others! Customer feels his/her business gets bigger and bigger with them, day after day. Mulligores and customers become familiar to each other, for ever. Mulligores just don't sell, they educate. They inspire teachers and students of the entertainment world. They never allow their customers to shell down a dollar more than worth of the products they sell. Knowledge imparted by them, on how to be efficient using those products, is free of cost for benefit of the ever-lasting customer family. 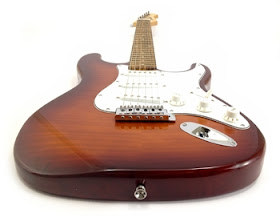 Mulligore Production contributes to the rhythm immensely. They live for music, spread music and invest on music. They are the sellers of latest beats, in Canada.

In business it should be comfortable to communicate with those who approach you and the success rate is cent percent (whereas communicating with strangers require a lot of convincing and the success rate is less than 50 percent). Drawing a leaf out of this phenomenon, the independent label founded in Sherbrooke by Jonathan Couture back in 2007, has established a tie-up with Marryah Noch (DJ/Reviewer/Model/Writer/A&R, Music-Publicist and Media Relations Worker) and is going strong with the Canadian craze 'Mulligore Radio'. All these done, without being crazy about money.

Streaming posts every fortnight. Latest to state is about BLEMMYES, who are set to release debut album 'Altruism' on August 12, 2015. Bulgaria-based unit BLEMMYES has inked a deal with Mulligore Production and are almost through with every preparation related to the said album. It has been recorded at the band's home studio in Blagoevgrad, and is entirely self-produced. The title-track is available for streaming below.
https://soundcloud.com/mulligore-production/blemmyes-altruism

'We took about a month to record the songs, and approximately two more to mix and master everything. It was a great experience for us, doing everything ourselves', states guitarist Antoan Bozhkov on the current release.

BLEMMYES was formed in 2012 by the band's current drummer Ivan Berberov and their previous vocalist Penio Krotev. They have played a couple of festivals in Bulgaria, namely Kitariada 2013 in Pernik and Koko Rock Fest Kardjali.